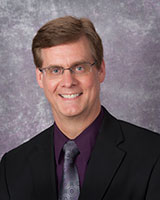 Dr. Duerr holds the Inflammatory Bowel Disease Genetic Research Chair and is a Professor of Medicine, Human Genetics, and Clinical and Translational Science at the University of Pittsburgh. He is Co-Director and Scientific Director of the University of Pittsburgh Medical Center Inflammatory Bowel Disease Center and has been involved in research related to inflammatory bowel disease throughout his career.

He leads one of six genetic research centers that comprise the NIH/NIDDK Inflammatory Bowel Disease Genetics Consortium, serves on the Management Committee of the Interantional IBD Genetics Consortium, and is the Associate Chief Scientist for Transltational Research on the Leadership Team for the Crohn’s & Colitis Foundation’s IBD Plexus research and information exchange platform. His research program has had uninterrupted funding from the NIH, the Crohn’s & Colitis Foundation, and other foundations since 1995.

Dr. Duerr is a member of the American Gastroenterological Association, American Society of Human Genetics, and Crohn’s & Colitis Foundation. He has been an invited lecturer in local, national and international venues, and he has published original inflammatory bowel disease genetics research articles in journals such as Nature, Science, Nature Genetics, American Journal of Human Genetics, and Human Molecular Genetics. He has served on grants review committees for the NIH and Crohn’s & Colitis Foundation.